Welcome to the Applied Flow Technology Blog where you will find the latest news and training on how to use AFT Fathom, AFT Arrow, AFT Impulse, AFT xStream and other AFT software products.
Categories
Tags
Authors
Font size: + –
Print
5 minutes reading time (1086 words)

How Many Models of the Same System Do You Have?

Well, if the answer is "more than one", then you are probably struggling to deal with way more model files than you need to be.  With all AFT products, the Scenario Manager is an incredibly powerful feature that allows one to model several different cases within a single model file. This includes different operating conditions, multiple pump configurations, different piping, system expansions, hot days, cold days, insulation, fouling and pipe scaling, etc. The list of different cases that can be modeled is essentially endless!

So, I have said it once, and I will say it again...The Scenario Manager is one of the most powerful features of AFT software that will greatly enhance your modeling efficiency and effectiveness by a significant measure!  A while back, I wrote a blog article that discussed another powerful feature called the "Duplicate Special" feature.  Although very useful, the Duplicate Special feature is still quite limited in its use and in this article, I will explain the multitude of benefits in using the Scenario Manager to help you track the various cases you would like to model. 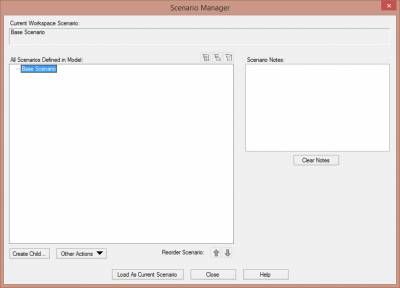 Figure 1 - The Scenario Manager window, accessed from the Tools menu.

All of the functionality of the Scenario Manager can also be accessed directly within the Quick Access Panel. 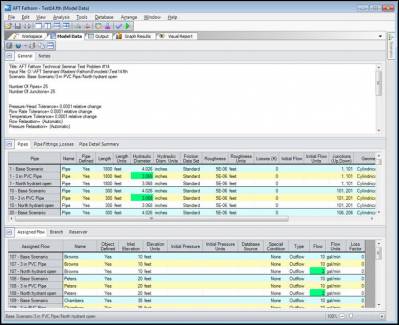 When multiple scenarios exist, they can all be ran together in a sequential Batch Run fashion, allowing the engineer to devote their focus to other things while the solver is running a whole slew of scenarios.  Batch Runs can be initiated by going to the File menu and then selecting "Start Batch Run".  The Batch Run window appears and scenarios within the current model can be added or models in different model files can be ran in a batch fashion as well.  Clicking on the "Add Scenarios" button allows selection of specific scenarios that need to be ran in batch mode.  Setting up a Batch Run is shown in Figure 3.

Figure 3 - Setting up a Batch Run from the File menu in order to run multiple scenarios sequentially. 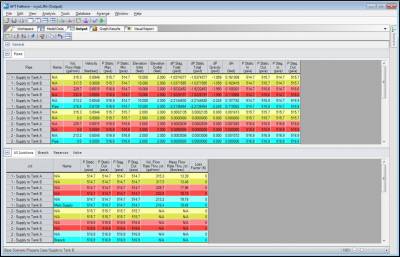 Figure 4 - Output results of multiple scenarios compared against each other using Multi-Scenario formatting with the Output Results window.

Just remember, "With Great Power, Comes Great Responsibility".  So be sure to pay close attention to what you are doing so that an unintended change does not get propagated to all the child scenarios.  Nor would you want all the child scenarios to become very disorganized and disconnected such that it would become very cumbersome to get all the scenarios re-connected again.  Exercising a high level of caution and attention can help one prevent the misuse of the powerful capabilities of the Scenario Manager.

Overall, when using AFT software, it is very important to become intimately familiar and comfortable with using the Scenario Manager, as it will dramatically save you lots of time and will help you maintain a high level of organization for the several different cases you may want to model.