When working on a new piping system, there are many factors that must be taken into account: meeting customer demands, following industry standards, and maintaining effective system operation to name just a few. As a busy engineer, it is important to address all of these concerns in the short time frame available to you. AFT's new Automated Network Sizing (ANS) module for AFT Fathom and AFT Arrow can help to minimize cost and increase efficiency based on a user-specified set of restrictions. Let's take a look at 3 ways that the ANS module can help engineers to determine the best possible equipment and piping sizes for their project.

1) The ANS module can size systems without using cost data

While the ANS module does allow users to enter cost information directly if it is available, this is not always required. The cost for pipes in the system can be significantly decreased by minimizing parameters such as pipe weight, which have a strong correlation with cost. In this way the engineer can reduce the amount of entry needed while still minimizing the piping costs in the system.

For example, consider the water distribution system below. In this case it was desired to size the distribution pipes while still meeting the demand to each of the customers. With the ANS module sizing was performed to minimize pipe weight, then sizing was performed using cost data for the pipes to directly minimize the cost. In both cases the ANS module produced identical results for the system. 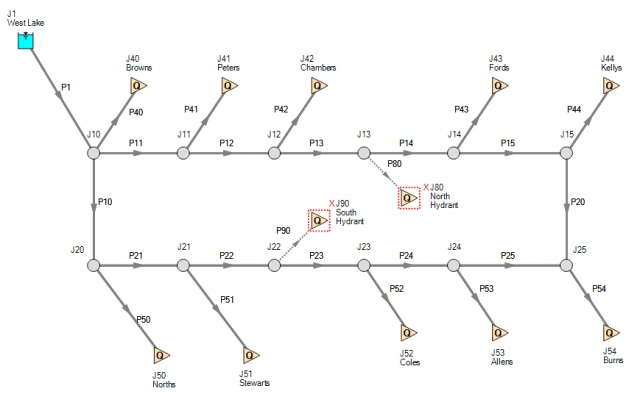 With monetary costs as the objective, the ANS module can account for energy costs throughout the lifetime of the system as well as reducing the initial material and installation costs. In pumping systems increasing the efficiency with the AFT Fathom ANS module has several benefits. For one, the overall costs will be lower in the system. The second reason is that the reliability of the pump will be increased. Higher pump reliability means less downtime and costs for pump maintenance. Lastly, with higher reliability and efficiency the lifetime of the pump can be increased due to decreased stress on the pump.

In the AFT Arrow ANS module similar benefits can be seen when sizing systems with compressors, which require large amounts of energy. Operating the compressor outside of the region specified by the manufacturer can have detrimental effects on the compressor and piping due to excessive heating, pressures, and vibration. 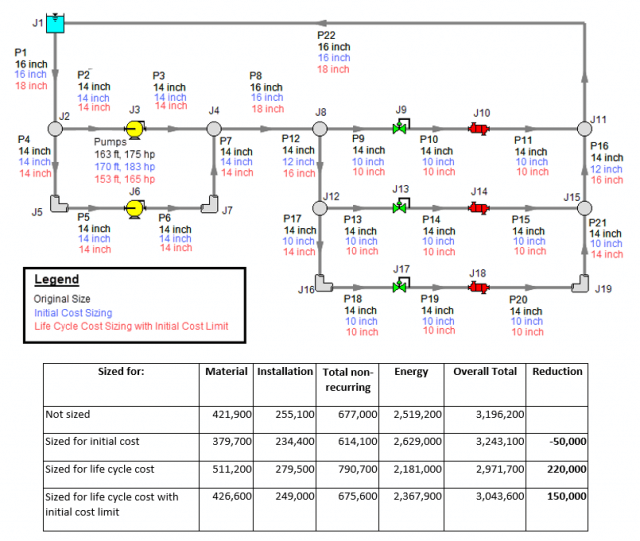 Figure 2: Results for the “Concurrently Sizing a Pump and System – ANS” example from the AFT Fathom ANS example file

It is common for piping networks to be run in different configurations due to varying seasons, customer demands, or operating conditions. In that case it is sometimes difficult to determine which configuration should be used as a basis for sizing. With the ANS module multiple system configurations can be sized simultaneously while still meeting the design requirements for all cases.

For example, consider the water supply system shown in Figure 1. For that system it would be necessary to not only consider the normal operating condition when the hydrants are closed, but also to consider the cases where either the north or south hydrant is open. This change in system requirements will potentially require larger pipes to meet the demand at the hydrants. Checkout this Dependent Design Cases blog for more information on how this can be done with the ANS module.

Overall the ANS module provides a broad selection of options to help engineers perform a network sizing analysis with the information they have available. The powerful sizing engine used by the ANS module reduces the time needed to compare thousands of potential pipe and equipment size options in order to determine the most efficient and cost-effective option for the system.

More posts from author
Thursday, 14 May 2020 What is the ANS Module Asking For? Introduction to the Sizing window in the ANS Add-on Module
Thursday, 13 February 2020 Fathom 11 New Features at a Glance
Tuesday, 31 December 2019 Where to Start with Pump Startups
Friday, 11 October 2019 Size Up Your Options Using the ANS module
Monday, 17 June 2019 Applying the Improved ATKF Method for Laminar and Non-Newtonian Flow

What is the ANS Module Asking For? Introduction to the Sizing window in the ANS Add-on Module