Welcome to the Applied Flow Technology Blog where you will find the latest news and training on how to use AFT Fathom, AFT Arrow, AFT Impulse, AFT xStream and other AFT software products.
Categories
Tags
Authors
Font size: + –
Print
3 minutes reading time (645 words)

Fathom 11 New Features at a Glance

Recently AFT announced our new release of Fathom 11. With our new release we have been working hard to create a more robust and faster version of Fathom. Along with improved performance we have added several new tools that have been requested by customers. Here is a quick summary of the top 5 new features that you can look forward to in Fathom 11.

A special batch run can be setup to run all of the desired scenarios, after which the multi-scenario graph can be loaded. See Figure 1 for an example comparing the system curves for two different system configurations. 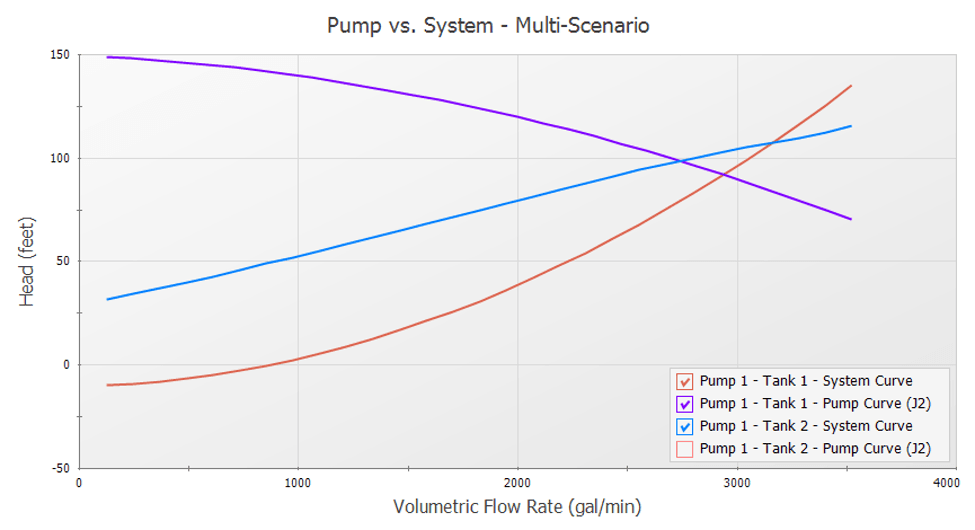 Figure 1: Multi-scenario pump vs. System Curve generated in Fathom for the model shown above.

As most Fathom users know, the Scenario Manager is a convenient tool for building multiple operating cases within one model file. However, for large models, it can be difficult to understand the changes across the scenarios in a model. The Scenario Comparison tool provides a quick overview of what items have changed between scenarios in the model. This feature might come in handy when creating reports, reviewing someone else's model, or returning to a model after an extended period of time. See Figure 2 for an example comparing two scenarios. 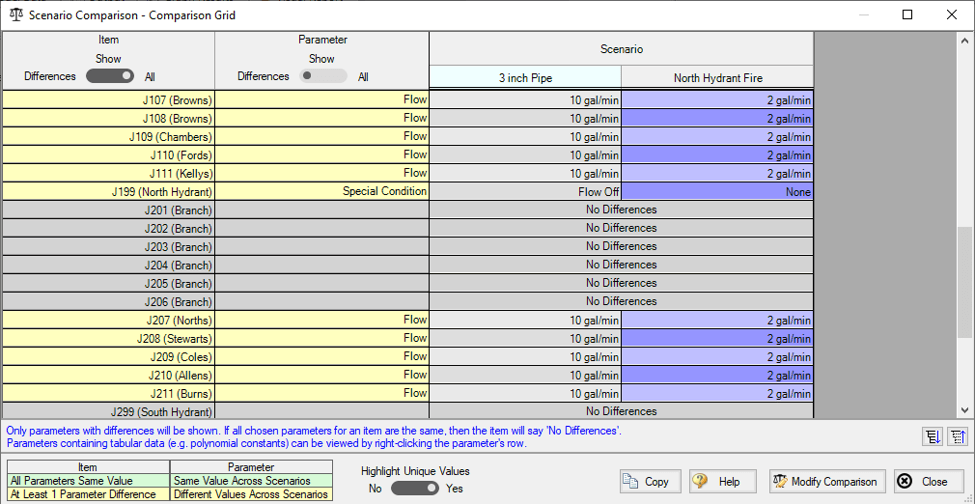 For large models it can be challenging to view and work in small sections of the model. This often requires zooming in and out in order to locate different objects. The Magnifier tool simplifies this process by providing an enlarged view of the area around the cursor. With the magnifier tool active it is possible to edit and move objects while still having a view of the whole model. Figure 3 below shows the magnifier tool in action. 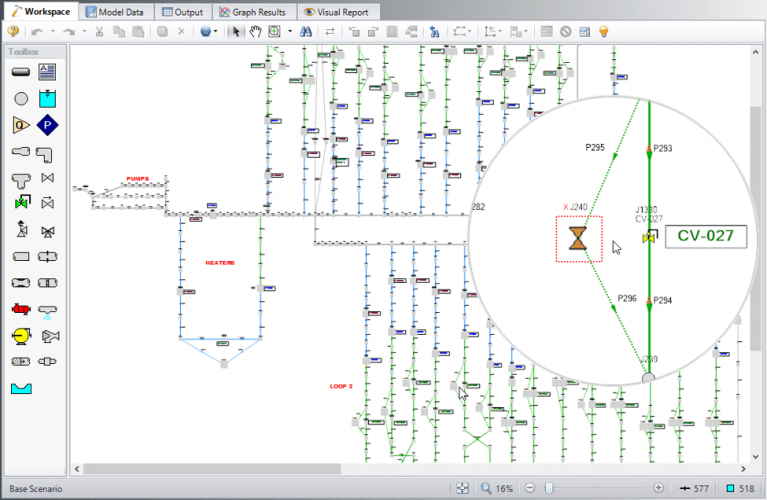 In Fathom 10 AFT introduced the option to drag a junction over a pipe in order to split that pipe into multiple pipes. For Fathom 11 it is now possible to split pipes based on intermediate elevations entered in that pipe. Multiple pipes and junctions can also be combined into a single pipe, with all losses incorporated into the Fittings & Losses tab for that pipe. Figure 4 gives an illustration of this. 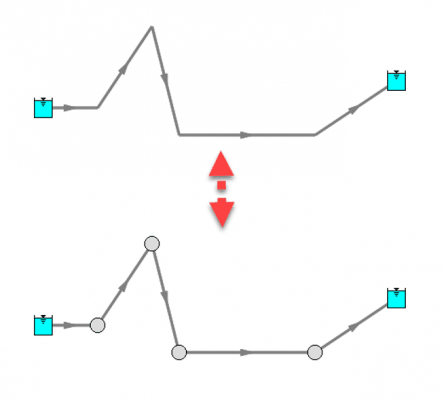 Notes can be added to any cell in the Output in order to save comments/information directly with the model file. Right-clicking in a cell and choosing "Add Note" will create the note. Once the note has been closed, a red triangle in the corner of the cell indicates that there is a note attached to that cell, as shown below in Figure 5. 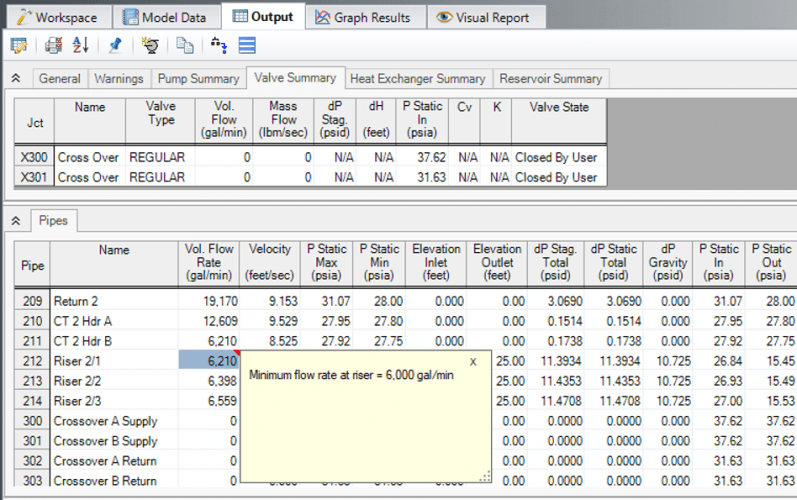 Figure 5: Adding a note to a cell in the Output window.

Besides these five features, you can see a full list of our new features on the Fathom 11 New Features Data Sheet, or in the Fathom Help file.

You may also want to check out our Fathom 11 New Features video, which gives a brief demonstration of these features.