AFT Fathom 8...Worth the Wait

We at Applied Flow Technology are really excited about the new version of AFT Fathom 8 coming in September. Once our customers get their hands on it we are confident they will be equally excited. This version represents the most significant upgrade since AFT Fathom 4 was released in year 2000. It will further establish AFT Fathom as the world's leading pipe flow modeling tool.

The prices are increasing soon so if you are planning to order new AFT Fathom licenses or SUM annual support do not delay. Read further for more details. 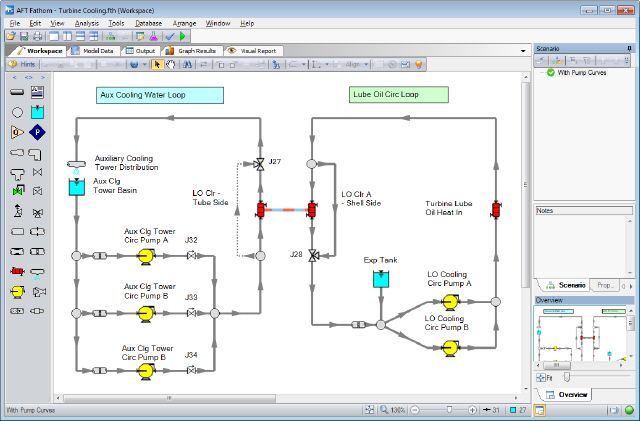 The effort to move AFT Fathom from version 7 to 8 turned out to be quite an undertaking as it involved a platform shift for the source code. It required several years of work, which is why there has not been a new version available in the last few years. For end users it means the availability of both a traditional 32-bit version of AFT Fathom 8 as well as a native 64-bit version. It also means better compatibility with future versions of Microsoft Windows. And finally it means a host of usability enhancements and new features to make your job easier than ever. A list of new features and a video tutorial can be found here.

This new platform for AFT Fathom is going to allow us to do many things not possible under the old platform. Expect to see lots of innovative new features in the next few years.

Below is a list of common questions about AFT Fathom 8.

Will the Price of AFT Fathom 8 Change?

Yes. This was announced in May, 2012 to all newsletter subscribers and everyone on the AFT Fathom notification list, as well as on the home page of our website.

In addition to new prices on the base product, other changes include:

For these and other details on all new pricing issues see AFT Software Pricing Will Change in September with the Release of Fathom 8.

How Do I Get the New Version of AFT Fathom?

1. If you are an annual SUM subscriber (or you have purchased your license within the last year - which means you have a first year SUM included) your company will receive a package with the upgrade at no charge as soon as we get it shipped in September-October. If you want to start using it sooner contact AFT and we can get you a new license number.

3. If you are not an AFT Fathom customer, orders for AFT Fathom 7 placed in the next 1-2 weeks at the current lower price will receive a free upgrade to AFT Fathom 8. Orders received after that will be taken at the new prices.

Our SUM is current but we want to renew early to get the old prices. Can we do that?

Yes, orders for SUM renewals will be accepted at the old prices until December 31 for up to three years in advance.

Why Should We Upgrade to AFT Fathom 8?

In addition, while the 32-bit versions of our products generally work fine on 64-bit versions of Windows, AFT Fathom 8 allows native support for 64-bit operating systems.

Finally, AFT Fathom 8 has many new features and interface enhancements which you will want to access.

When Will Training Be Available for AFT Fathom 8?

Thankful for the Opportunity to Shape a Changing World

It’s the Economy, Stupid. Or Is It?

Why I Like Bill Gates More Than Steve Jobs