AFT Impulse 5 was released today and offers a plethora of new features sure to keep waterhammer engineers more productive than ever - and help them build even safer piping systems. How did AFT Impulse get to where it is today?

From the very beginning AFT Impulse was a world leader. AFT Impulse was first released in November, 1996 which  made it the first visual, drag-and-drop waterhammer modeling software for Microsoft Windows (see below). 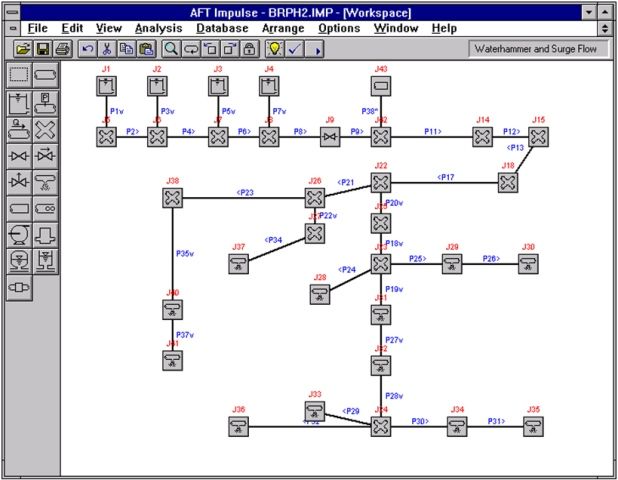 In AFT Impulse 2, released in 2002, a steady-state solver was first added to AFT Impulse. This avoided the cumbersome process used in AFT Impulse 1. Also added at that time was four quadrant pump modeling, a much improved 32-bit user interface (see below), and a host of other new features. 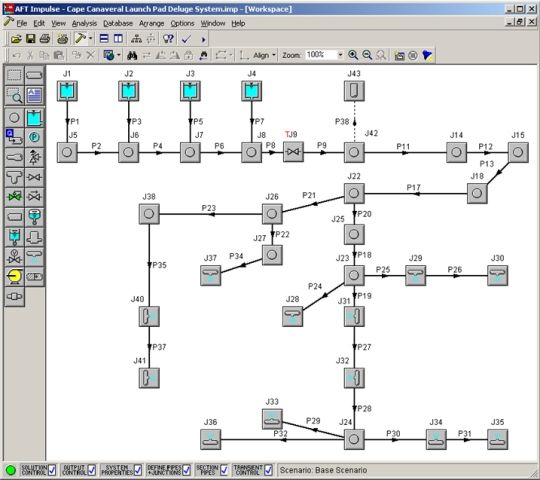 AFT Impulse 3 released in 2003 included graphical animation of transients and an increase of four quadrant data sources from 3 to 21.

AFT Impulse 4 released in 2007 introduced the calculation of imbalanced hydraulic forces and exporting of such data to pipe stress software such as CAESAR II® and TRIFLEX® .

In 2008 AFT began the long process of converting our software products to a new development platform. This culminated in the release of AFT Fathom 8 in September, 2012. A revamped and much improved user interface was one of many new features in AFT Fathom 8.

Now this new interface is part of AFT Impulse 5 (see below). And, as mentioned earlier, many other new interface and technical features as well as the first add-on module for AFT Impulse - the new SSL Settling Slurry module. This new module takes AFT Impulse where no one has gone before and is the first and only commercial software to model waterhammer in settling slurries.

We are proud that today AFT Impulse is a world leading waterhammer modeling software. Engineers love the user interface we have developed and powerful technical features included. The new version 5 represents a significant advancement of this leading software product. 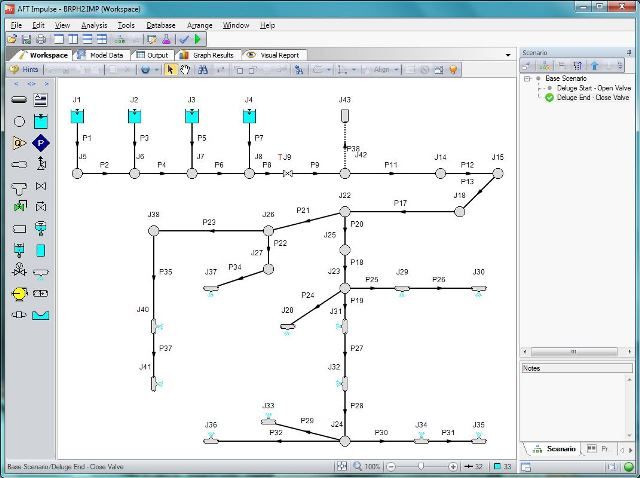 We Have Some Really Kewl New Stuff For You in AFT Fathom 10!

AFT Impulse Over the Years