Inherent vs. Installed Control Valve Curves and How They Relate to AFT Software

As tech support engineers, we sometimes receive questions from users confused about what control valve characteristic curve (inherent or installed) they are inputting into AFT Fathom, AFT Arrow, or AFT Impulse.

The inherent control valve characteristic curve plots the valve open percent versus the percent of maximum Cv. This curve is true regardless of the system effects on the valve.

Let’s investigate how AFT software handles control valve modeling when open percentages are specified. Note that it is the Cv that dictates the system hydraulics, so an open percentage is “Optional” information the user can enter into AFT Fathom. Entering this information allows the Output to display the open percentage of the valve. Look at the simple model below:

The control valve in Figure 1 is set to control the flow to 250 gpm. The open percentage, entered on the Optional tab, is shown in Figure 2., along with the resulting Open Percent vs. Cv graph.

Note that this open percent vs. Cv graph is the inherent characteristic curve, and that this curve is not system dependent. The Cv required to achieve the specified flow, as well as the open percent, is reported in the Output window (see Figure 3).

So…where does the installed characteristic curve come into play? 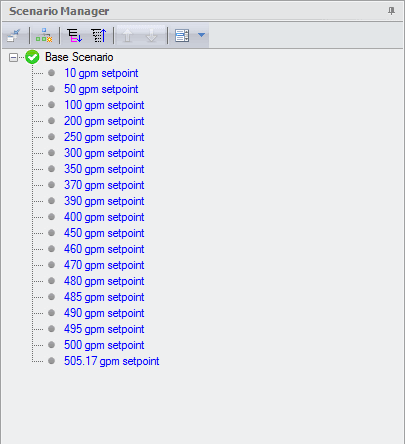 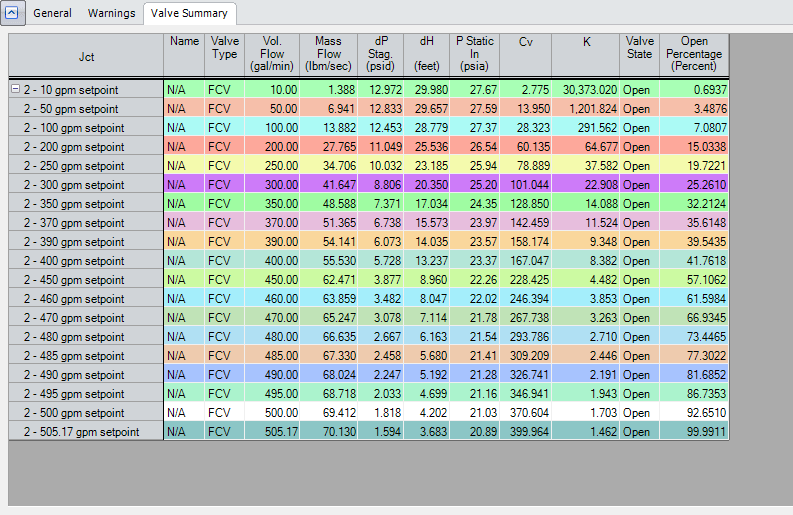 Ultimately, you can plot the values in a spreadsheet. For the model used in this example, see the installed characteristic curve plotted below in Figure 6. 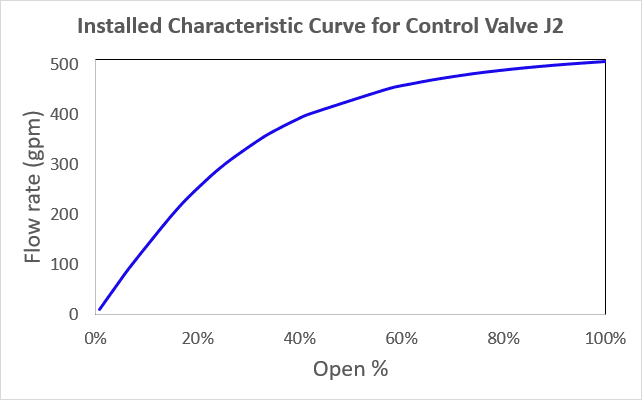 The installed curve gives the engineer a better understanding of how the flow will vary when the control valve is installed in the system, and there are several types of inherent characteristic curves that an engineer can choose from in order to get achieve the desired hydraulics in the system. Engineering toolbox describes several types of inherent characteristic curves here.

Gain analysis is frequently used to determine what type of inherent characteristic curve would best fit the system. In terms of flow control valves, if the change in flow as it is related to the change in control valve percent open (or gain) is too low, then a change in valve position will not effect a sufficiently large change. If the gain is too high, then too large of a flow change will occur, and the valve is likely to chatter. In both cases, the desired flow control is difficult if not impossible to achieve.

As a general rule, in systems with a large amount of other sources of pressure drop, equal percentage inherent characteristic valves are desirable.

As an AFT Applications Engineer, Erin helps to troubleshoot customer models, teaches seminars that train customers to use AFT software, and develops content to enhance users' understanding of the software. She previously worked as an engineering consultant at Performance Associates Inernational and Purple Mountain Technology Group. Erin is a certified Engineer in Training and holds a Bachelor of Science in Chemical and Biochemical Engineering (2012) from Colorado School of Mines.

Use Control Valve Junctions to Size Valves and Orifice Plates