Welcome to the Applied Flow Technology Blog where you will find the latest news and training on how to use AFT Fathom, AFT Arrow, AFT Impulse, AFT xStream and other AFT software products.
Categories
Tags
Authors
Font size: + –
Print
4 minutes reading time (806 words)

The same transient event types and logic found in Fathom XTS, AFT Impulse, and AFT xStream are also found in Arrow XTS. Users can initiate transient events based on simulation time, or other conditions in the model. They can also define a single event that happens at the chosen junction or dual events that happen at the chosen junction. Figure 1 below shows how a tank isolation valve closes when the system pressure at Pipe 2 exceeds 500 psig. 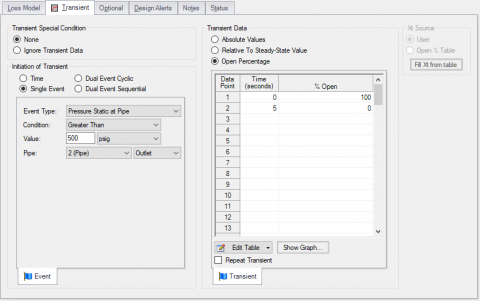 Both Fathom XTS and Arrow XTS simulate a transient event by running a series of steady-state snapshots of the system with changing process conditions. Essentially, a standard Arrow solution is found for every time step in the transient simulation.

Figure 1 below shows this example scenario in XTS. The flowrate through the valve is only updated at each time step, resulting in linear changes between time steps. 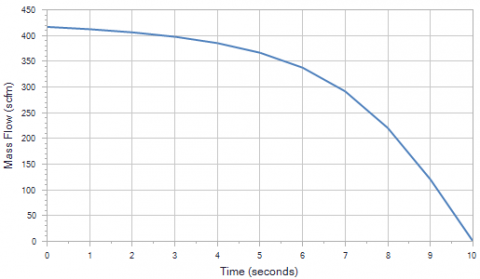 Figure 2: Mass flowrate through a valve as the valve closes. Flowrate values are only updated at each time step - or once per second in this example.

If the transient simulation continues past the valve closure, the system conditions will not change because the model inputs are no longer changing.

An exception to this series of steady-state snapshots is the Finite Tank option in the Tank junction. Arrow XTS integrates the flowrate into or out of the tank for each time step to determine how the tank pressure and mass of gas change during the transient event. This capability allows Arrow XTS to capture tank charging and blowdown events.

In the spring of 2021, AFT introduced a new software called AFT xStream, meant to simulate dynamic gas transients in pipe networks. While both xStream and Arrow XTS capture transients in gas systems, they each take a different approach.

Arrow XTS captures the transient event by running a series of steady-state snapshots, as discussed above. Thus, unless model inputs are changing (valve position, compressor speed, etc.), the Arrow XTS results will not change.

xStream captures the transient event by tracking acoustic waves moving through the system. Thus, it can capture pressure, velocity, and temperature perturbations traveling along pipes even after transient events stop.

Let's take a look at some of the features and tools in the Arrow XTS module!

Activate the XTS module using the Add-on Modules button near the status light in the lower right corner, or from the Modules panel in the Analysis Setup window: 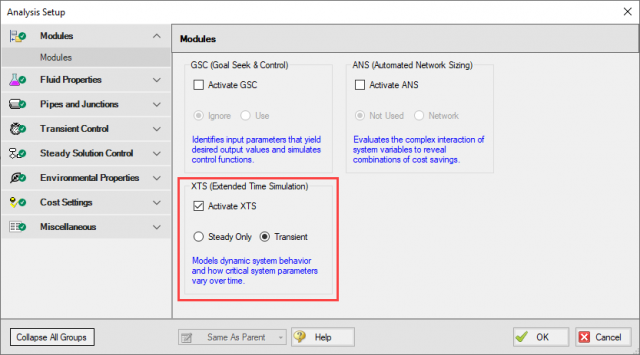 Define transient events on the Transient tab in the Properties window for each junction: 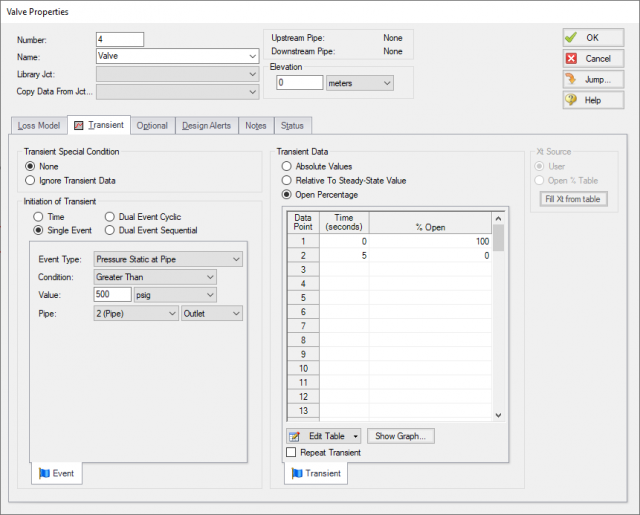 View each time step's output for each pipe and junction in the Output window: 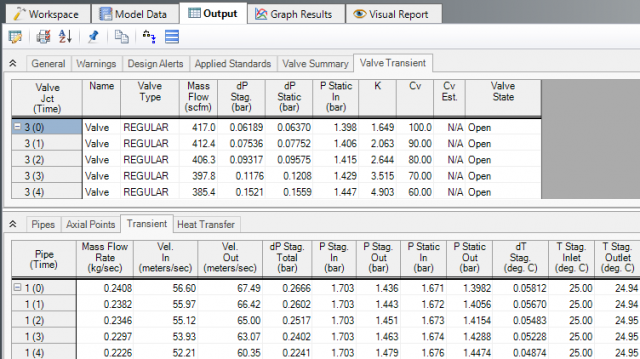 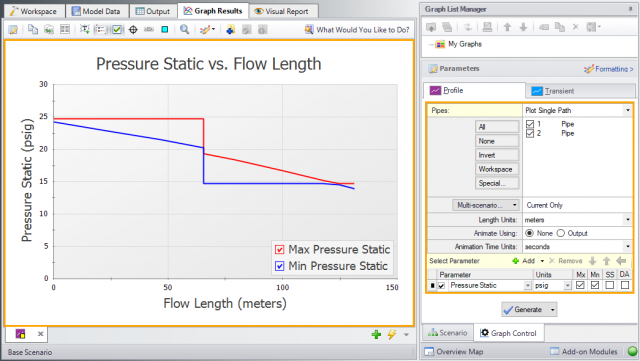 More posts from author
Monday, 13 June 2022 It's a Pump! It's a Turbine! It's a Pump as Turbine!
Thursday, 11 February 2021 Non-Newtonian Fluids - How to Model the Soap, Silly-Putty, or Shampoo in Your Pipe Network
Wednesday, 01 July 2020 AFT Responds to 2020 Customer Survey Feedback