Establishing and maintaining an electrical grid is a monumental task spanning many professions and disciplines. Fluid dynamics plays an important role in nearly any method of power generation. Between ensuring safety, reliable production of power, and minimizing operational costs, there are countless ways that modeling fluid flow can offer improvements.

Almost all modern power generation is based on the extraction of electrical energy from mechanical rotation - nuclear, coal, gas, oil, geothermal, hydroelectric, and wind power share this common theme and account for more than 95% of electricity generation, according to the International Energy Agency. In all of these cases, the forces of fluid flow are utilized to drive a generator connected turbine. 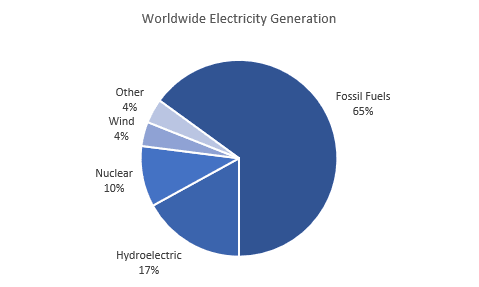 Figure 1 - Worldwide Electricity Generation according to the International Energy Agency

Not only is fluid flow a prime consideration as the driver of the turbine, fluids are used in countless auxiliary processes in all of these generation methods. Fluid may be used to lubricate or cool critical components, remove harmful materials from certain areas and prevent their release into the environment, provide critical safety functions such as fire suppression, or provide comfort to plant operators in the form of HVAC. The delivery of large quantities of fluid to a power generation site can also pose a logistical concern - natural gas power plants, for example, often require massive quantities of water and gas to be delivered to them over long distances, at a rate determined by the demand of the electrical grid.

The nature of the fluid dynamics varies greatly based on the application. The design of very large turbines often calls for complex three-dimensional computational fluid dynamics models. Flow near a dam may be open-channel flow. Wind turbines require and affect the flow of open air. However, the majority of the fluid flows of concern take place within pipes. Pipe flow may be gas or liquid, and the concerns may be steady-state or transient. Fortunately, AFT's products have been developed expressly for this application.

We at AFT have the privilege of seeing how engineers across industries approach their and solve fluid flow challenges. The unique applications of the power industry are no different.

Flue-gas, the gas resulting from combustion of fossil fuels, is a major environmental concern. In an effort to reduce harmful emissions, many technologies exist to strip flue-gas of undesirable components, ideally leaving only what would be found in atmosphere. One of these pollutants is sulfur dioxide - a compound recognized to pose serious health risks. For this reason, major efforts are made to capture sulfur dioxide created in combustion processes before it reaches the atmosphere in a process known as flue-gas desulfurization.

Energoprojekt Katowice used AFT Arrow to model just such a system at power plant in Katowice, Poland - appropriately the location of the currently ongoing Katowice Climate Change Conference. Environmental regulations required the expansion of the flue-gas desulfurization process to handle all of the power units. AFT Arrow allowed the characterization of the flue gas, accounting for draft effect, including the effects of heat transfer, and solving many complex variables in parallel with the GSC module. Read more here: Flue Gas Desulfurization System Expansion Design Optimized with AFT Arrow.

Adequate cooling in power plants of paramount concern. A common method for plant cooling is "once-through" where water passes through the system only once, to be discharged to the environment. Not only can this have environmental concerns, but is often less efficient than a closed-loop design. Water levels, pump behaviors, flow rates, and pressures are all important in either type of system.

Sargent & Lundy was tasked with modeling the conversion of a once-through system to a closed-loop system for a power plant. The time-varying nature of the system required the extensive use of AFT Fathom XTS - allowing the determination of when tanks would overflow or empty. Without the ability to model system changes, variable speed pumps, and a variety of other important system features, it would not have been feasible to determine if the system design was adequate. Read more here: AFT Fathom Validates Power Plant System Conversion.

While a given system may be well designed for normal operation, there are still concerns about what happens during or unexpected events. Even an extremely reliable pump can run into problems and suddenly trip. The sudden loss of motive force can cause very large pressure transient in a piping network - potentially bursting or collapsing pipe and damaging equipment. Critical power systems must have adequate against such scenarios, whether they be system redundancies or designs able to withstand the resulting surge pressures.

Another exciting feature on the horizon for AFT Impulse is the modeling of a Pump As Turbine. In many cases, large amounts of pressure are taken out of a system across a valve or similar static component. It is advantageous to use this fluid energy to generate power instead of losing it to frictional forces. However, the turbines are prohibitively expensive. Instead, it is possible to simply "turn around" a standard pump and run it in reverse - generating power with relatively inexpensive and existing equipment. While such a device could be modeled with the existing turbine junction, we are striving to make this much easier to represent, especially given the complexities and rarity of having adequate Four Quadrant data.