May 22 Posted by Trey Walters in President's Perspective 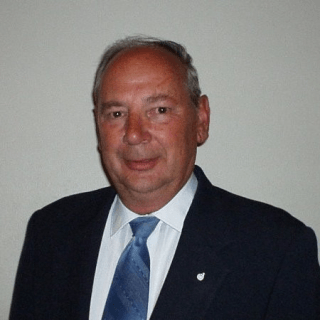 Gary Vanderplaats was one of my (exalted) professors in 1985 when I was a (lowly) Senior engineering student at UCSB. If not for Gary, there would be no GSC modules for AFT Fathom or AFT Arrow, and no new AFT Fathom ANS module either. Why?

First, back in 1985 UCSB had a required course for ME students in Design Optimization. It was probably one of the handful, if not the only, such required courses in the USA for an undergraduate. If not for that I would likely have taken some fluid mechanics elective. But Gary's class was required. Taking Gary's class, my eyes were opened to a new technology field of numerical optimization. Gary was and remains one of the world's foremost authorities on numerical optimization.

Second, Gary founded a company to commercialize numerical optimization technology. AFT licenses that and uses it in our GSC and ANS modules. Even though we understand the field, we do not have the time or expertise to write our own optimization algorithms. So we use Gary's.

Two extremely unlikely things brought it back to the forefront. First, I founded AFT in 1994. Second, in 1996 I and Jeff Olsen (the only two AFT staff at that time) moved AFT to the Colorado Springs area. That in itself is not so unlikely. What was unlikely is that Gary had founded his own company (Vanderplaats Research & Development), and moved it from Santa Barbara, California to…guess where? Yep, Colorado Springs.

Soon after arriving here I had a UCSB friend ask me if I knew that Gary was in Colorado Springs. As soon as I heard that the light bulb went on. And the idea for what is now our ANS module was born. And numerical optimization came to the forefront for me again.

So, in 1997 I called Gary up and came to his office to introduce myself as one of his former students. Gary and his team of super smart, mostly PhD engineers, develop software like AFT does. But, as discussed earlier, they are focused on numerical optimization as well as finite element analysis. We have had most of the AFT engineers attend VRD training classes. It has been a pleasure working with Gary and his team for the last 20+ years, and early on he told me I could call him "Gary" and not "Dr. Vanderplaats" as I was accustomed to back at UCSB.

​I have lunch regularly with Gary, have attended two of the VRD User Conferences, was invited to give the keynote address at one of them, and visited his cabin up in the mountains about an hour from Colorado Springs.

In that it is AFT's 25th anniversary this year, I have been doing a lot of reminiscing in recent months. This is one of the interesting twists to how AFT got to where it is today. Thanks to Gary!