The Fluid Mechanics of an African Safari 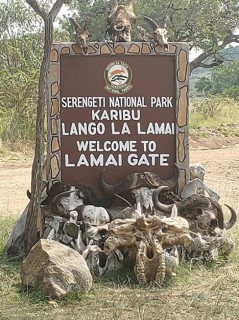 Last week I got back after three weeks in East Africa – my first international travel since the COVID-19 pandemic started. I had some out-of-the-ordinary encounters with fluid flow. So, I decided this month to depart from my usual tech-centric format and have some fun. Here are some brief topics I will discuss and a few photos I took…

We saw five wildebeest crossings. We saw crocodiles. But we did not see crocodiles catch any poor wildebeest. The Great Migration happens in July-September when over a million wildebeest cross the Mara River in search of better grazing areas. 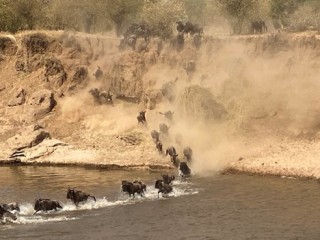 These wildebeest decided it was time to go across 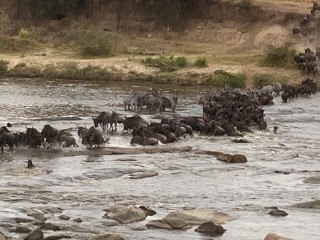 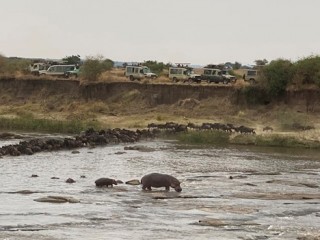 A momma and baby hippo move away from the annoying wildebeest 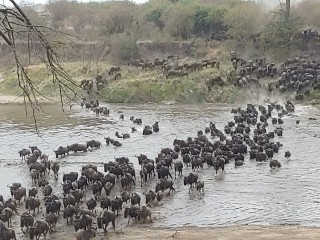 A large herd crossing the Mara…

Buoyancy Effects – A hot air balloon trip over the Serengeti

We took an incredible one-hour hot air balloon trip at dawn over the Serengeti. 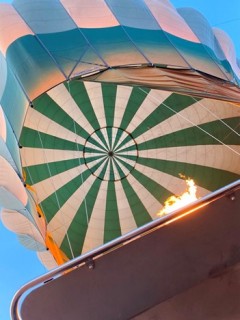 Our balloon in flight

Nearby balloon floating over a wildebeest herd 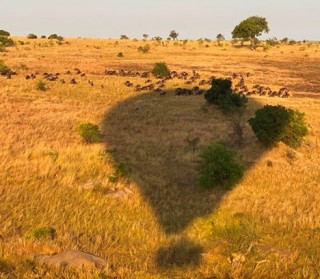 A wildebeest herd from our balloon 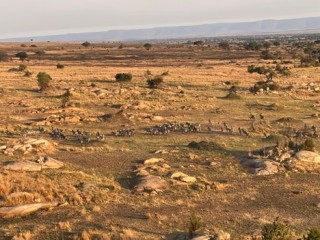 A zebra herd from our balloon

We came across this cheetah just after she had successfully hunted a Thomson gazelle. The gazelle was still intact. We watched her for 90 minutes until she had eaten enough – at which point she just walked away. Then the scavengers showed up (vultures and hyena) which we watched for another 90 minutes. At the end of the 3 hours the only thing remaining of the "tommy" was a skull and horns. The hyenas ate all the bones. 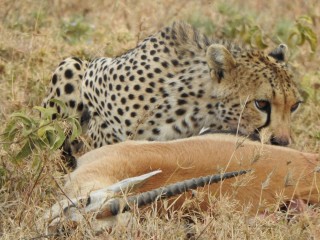 Cheetah with a fresh kill 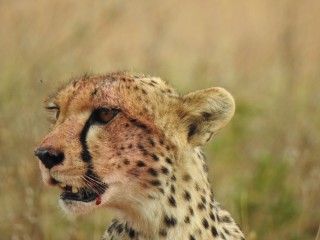 Cheetah needs a napkin after dining on a gazelle 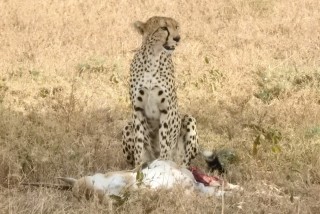 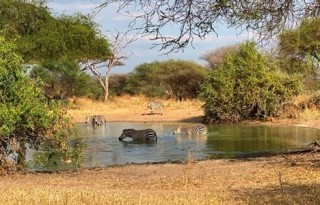 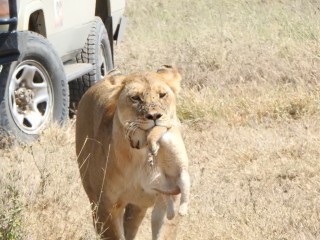 Geothermal Engineering – A gorilla family near some volcanoes

Good thing we chose the "short hike" to see the gorillas as it ended up being 6 miles (10 km) through a jungle in the rain forest with a vertical rise of about 800 ft (250 m)! 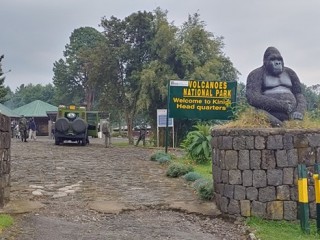 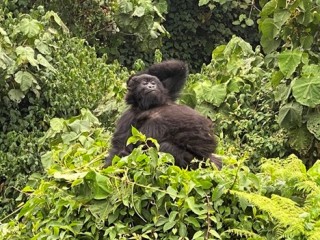 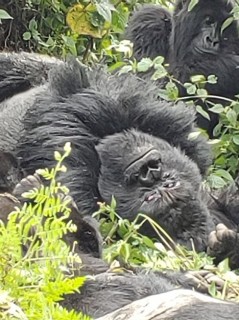 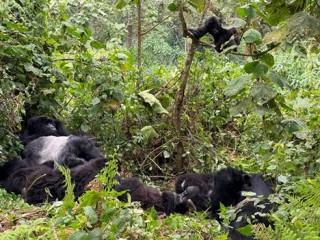 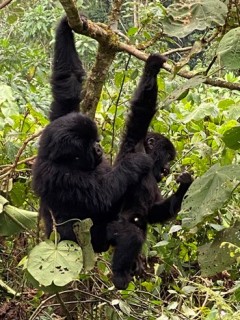