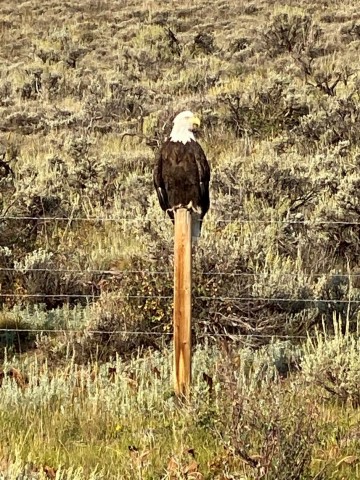 Photo I took last Friday of a bald eagle in Northwest Colorado.

Last Friday I saw a bald eagle. Up close. The closest I have ever been to an eagle in the wild. Just off the highway sitting on a fencepost.

We also saw a lot of wind turbines. And, yes, wind turbines are the foes of eagles. Which is a sad by-product of wind power technology. More on that later.

Tonight the 2021 NFL football season starts. And, yes, the Eagles are an American Football team (for the international readers). They will have their first game this season on Sunday.

The answer to the question posed in the title of this article is, therefore, "all three".

Let me talk about the bald eagle I saw last week. Then I will talk about the wind turbines I saw. I do not have anything more to say about football other than I am really looking forward to the season…and my wife's favorite team is the Eagles (and the Broncos, of course).

After not having left my home state of Colorado for 16 months because of COVID-19, in July I ventured to Africa. I wrote about that last month here. Last week I ventured on a road trip closer to home over the holiday weekend in the USA. We went to western Colorado and the adjacent state of Utah. While in Northwest Colorado we were speeding along a highway and came across the bald eagle I mentioned earlier. It stayed around long enough for me to snap several photos and then we had the great pleasure to watch it take flight. See a photo I took below.

We also saw many wind turbines. Which reminded me of this recent article I read: How Duke Energy Is Using Technology to Save Eagles at a Wyoming Wind Site.

The article linked above about wind turbines discusses a technology called IdentiFlight. Interestingly, this technology was developed here in Colorado (in Boulder – about 90 minutes from AFT's office). Here is more on IdentiFlight:

IdentiFlight is a network of camera units that watch for bald and golden eagles. When a camera detects an approaching object, the system, using machine learning and artificial intelligence, determines if it's an eagle within seconds. IdentiFlight will track the eagle and stop nearby turbines from spinning if the bird gets too close.

According to the article, the system has reduced eagle deaths by 82% at Duke Energy's Top of the World site in Wyoming.

Why do eagles fly into spinning turbines in the first place? They have incredible eyesight. Can't they see them? Apparently not. More from the article:

Large, soaring birds of prey are more likely to collide with the turbines because, with few natural predators, they're not used to watching for threats. They fly high in the sky with their heads down scanning for rabbits and other small animals to eat.

"They're like teenagers on their cell phone, right? They're distracted," said Tim Hayes, Duke Energy Sustainable Solutions' environmental director. "They're not paying attention to what's going on, and I think that's what gets them in trouble."

Believe it or not, before IdentiFlight technology was available the only option to protect birds of prey was with human observers. It was a crude approach and often required shutting down a large number of turbines for as long as an hour. With IdentiFlight only one or turbines need to be shut down. And only for a few minutes.

It is an unfortunate reality that technology almost always has a downside. And often that downside is the environment. Mitigating downside effects is, of course, an important part of our job as engineers.